We are thrilled to announce that Steven Quick, Mr Leather UK 2018, will present the title of Mr Brighton Bear at our first ever Mr Brighton Bear Competition! The competition will take place at Subline on Friday 14 June from 11:00 pm.

On 16th March 2018, Steven won the title of Mr Leather UK. He’s been part of the leather community for almost two decades and is extremely proud to have had the honour of representing the leather, fetish and further LGBT+ communities. Growing up in Cornwall, Steven found it somewhat difficult to make fetish connections but with the persistence of wearing leather out on the somewhat limited Cornish gay scene, he soon made a small group of likeminded fetish friends.

Moving to the Southeast in 2003 to pursue a theatre career, Steven soon discovered the fetish scene and made many connections and lifelong friends. He’s been lucky enough to travel throughout the UK, Europe and the USA to attend many fetish events, and he’s currently enjoying his further travels while continuing to represent and promote the UK leather and fetish community.

Steven is delighted to have raised over £3,500 for his chosen charity, Survivors UK, and is also thrilled to be part of the team at Brighton’s own Rainbow Hub. One of Steven’s proudest achievements to date is being a founder member of Leathermen South, Brighton’s Leather and Fetish social club, based at Subline. He feels honoured and excited to be part of the inaugural Mr Bear Brighton contest and wishes all of the candidates the best of luck. 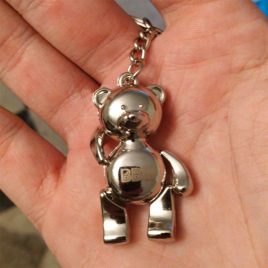