Note: this interview was originally published in 2016.

James Ledward is a very familiar face on the Brighton gay scene, having founded the city’s leading LGBT magazine Gscene, campaigned endlessly for LGBT and HIV/AIDS organisations, and acted as a principal supporter of the Rainbow Fund for many years. He recently presented the Special Community Fundraiser award to Brighton Bear Weekend at the city’s annual Golden Handbag awards. We asked this inspiring man a few questions, and here is what he said … 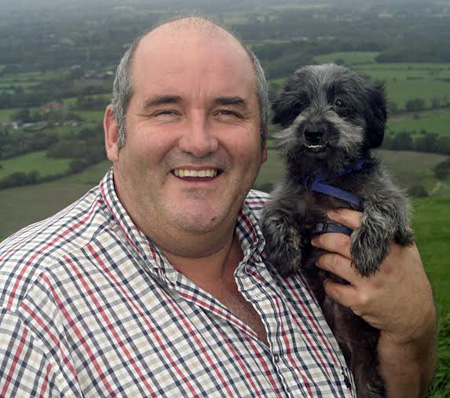 Can you please tell us about yourself and what you do?

I came to live in Brighton in 1986. I had trained as an oboist and conductor at the Royal Academy in London, but had to give up my playing career after having a stroke. I started Gscene in the early 90s to give LGBT people in the city a voice. Gay men all around us were dying of AIDS and they were stigmatised daily by the media. Everything came to a head in 1991 when the Argus attacked our only HIV charity at the time, Brighton Cares, which was created to raise money to help people infected and affected by HIV. The CEO of the charity was targeted and eventually driven out of town following a series of front page news stories in The Argus about the work of the charity. I started the magazine to give all local gay people a right to defend themselves and to campaign for the old Labour-led Brighton Council to fund our LGBT organisations. At the time, not one LGBT organisation in the city received a penny in funding from the council, and this remained the case until the mid 90s. In the last year I have stood back from the day to day activities of the magazine, and am spending time looking after my own health, which has not been great.

Have you been to any of our events before, and what do you think of the bear community?

I have been to Brighton Bear Weekend events each year since they started. My favourite has always been the outdoor picnics. Loads of bears being fed by Lunch Positive, the HIV lunch club, in the park is my idea of heaven. I identified with the bear scene since the early days of BULK at the Copacabana in Earls Court, and even when I came to live in Brighton would travel up to London for the weekly XXL parties. I wish we could have a regular party night here in Brighton that local bears would support rather than have to go to London each weekend. I especially love the no attitude atmosphere generated at bear events.

What events will you be looking forward to at Brighton Bear Weekend?

Once again the picnic in Dorset Gardens will be top of my list along with the Quiz at the Camelford on Thursday 16 June where there will be a Gscene team. I am getting a bit old for the late night events, but this year there is something for everyone to enjoy. 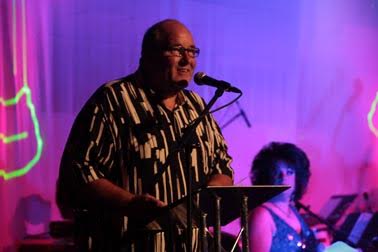 The bear movement began as a non-judgmental community for men of all shapes and sizes; body image and self-esteem are still important issues for gay men. Do you feel like events like ours and other promote this still?

Like many people, I never fitted into the body beautiful scene, and I have always tried to reflect that in the photos that Gscene publishes in the scene sections. A couple of years ago a young reader in Worthing wrote a letter to the editor asking why we only had pictures of ugly people in the magazine rather than pictures of Muscle Marys with their tops off. I ran the letter and it caused uproar, but it illustrated the pressure many young gay men at the time were under to look fabulous and ripped. Right from the start, we worked very hard to make sure that Gscene reflected all types of people, and our annual bear issue has one of the magazine’s biggest pick-up rates all year.

The whole Brighton Bear Weekend team are thrilled to be working with you this year. What made you want to work with us, and why do you like to support the bear community and the Rainbow Fund?

I support the Rainbow Fund concept because it gives all types of LGBT organisations providing front line services to LGBT people in Brighton and Hove a fair shout when it comes to receiving grant funding. All the money goes into a single pot, there are no overheads and an independent grants committee sits to decide who should get funding. For years, funders ignored the needs of smaller LGBT/HIV groups and concentrated their efforts on funding only larger LGBT organisations. I really believe that has been unhelpful and some of those groups are no longer accountable to the wider LGBT community; rather, they are accountable to their statutory funders and dance to their tune rather than serving the wider interests of the community. The Rainbow Fund brings the decision-making back to our community to decide which organisations and services we want to support.

I chose to work and support Brighton Bear Weekend because right from the start they understood the importance of these grants to all sections of the LGBT community. I am particularly proud of the support the trans community has received from Rainbow Fund grants, and some of that support has come from money raised by Brighton Bear Weekend. It is something to be really proud of. Over the years the community has raised hundreds of thousands of pounds for organisations that sometimes don’t necessarily need it. By donating to the Rainbow Fund, decisions are made at a community level and funding is shared out more fairly. 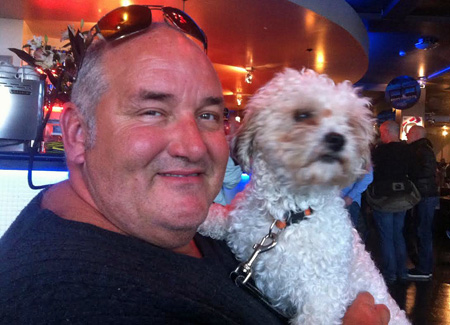 What exciting plans do you have coming up in the near future?

I am slowly stepping right back from the magazine and enjoying my retirement. I will be 62 in September, and I think I have done my fair share of community development work over the last 21 years. Everyone who writes for the magazine donates their time so if you have something to say, why not become a contributor? I have been given the grand title of Commissioning Editor, so if you have something to say make contact by emailing info@gscene.com. I would love to see Gscene engage a younger readership, and much work is being done to try to achieve that as we speak.

How can our supporters contact you to find out more?

You can always contact me at info@gscene.com, and you can keep up with what is happening locally by visiting the Gscene website for daily LGBT news. The Golden Handbags is a unique opportunity once a year to get the LGBT business community along with our voluntary sector organisations and social networking groups in one room together to pat themselves on the back and congratulate themselves on their achievement in the previous twelve months.